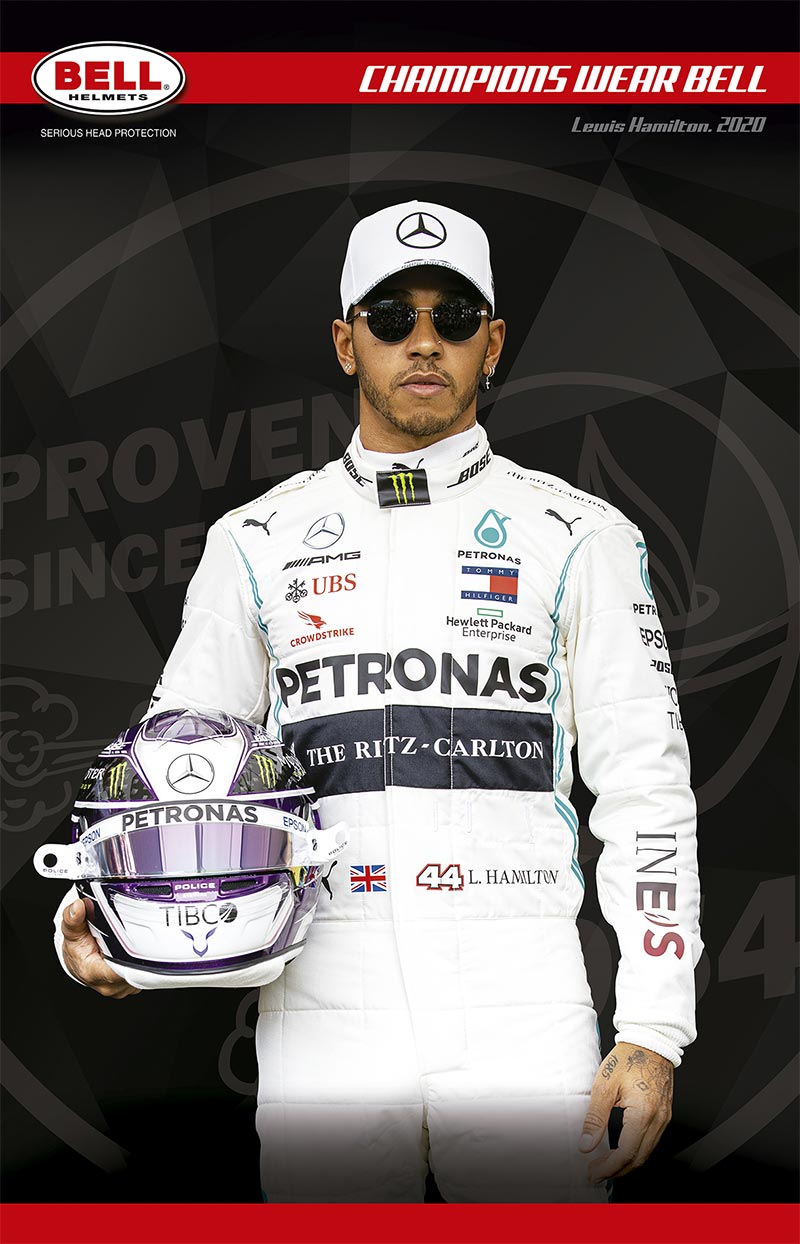 Sir Lewis Carl Davidson Hamilton MBE HonFREng (born 7 January 1985) is a British racing driver currently competing in Formula One for Mercedes, having previously driven for McLaren. Hamilton has won a joint-record seven World Drivers' Championship titles (tied with Michael Schumacher), while he holds the outright records for the most wins (95), pole positions (98), podium finishes (164), points finishes (228), career points (3763) and points in a season (413). Hamilton is regarded as one of the greatest Formula One drivers in history, with some journalists, experts and fellow drivers describing him as the greatest of all time.
Born and raised in Stevenage, Hertfordshire, Hamilton's interest in racing started when his father bought him a radio-controlled car when he was six. He was signed to McLaren's young driver support programme in 1998, after he approached McLaren team principal Ron Dennis at an awards ceremony three years earlier and said "one day I want to be racing your cars". After winning the British Formula Renault, Formula 3 Euro Series, and GP2 championships on his way up the racing career ladder, he made his Formula One debut twelve years after his initial encounter with Dennis, driving for McLaren in 2007. Coming from a mixed background, with a black father and white mother, Hamilton is the first and only black driver to race in Formula One.[note 4] In his first season in Formula One, Hamilton set numerous records as he finished runner-up in the 2007 season to Kimi Räikkönen by just one point, including those for the most consecutive podium finishes from debut (9), the joint most wins in a debut season (4) and the most points in a debut season (109). The following season, he won his first title in dramatic fashion; on the last corner of the last lap in the last race of the season, becoming the then-youngest Formula One World Champion in history. After four more years with McLaren without finishing higher than fourth in the drivers' standings, Hamilton signed with Mercedes in 2013, reuniting with his childhood karting teammate, Nico Rosberg. In his first season, he finished 4th once again, the third time in five years. Changes to regulations mandating the use of turbo-hybrid engines contributed to the start of a highly successful era for Hamilton and Mercedes, during which he has won a further four World Championship titles. Hamilton won consecutive titles in 2014 and 2015 during an intense and sometimes volatile rivalry with teammate Nico Rosberg, to match his hero Ayrton Senna's three World Championships. Following Rosberg's retirement, Ferrari's Sebastian Vettel became Hamilton's closest rival as the pair engaged in two intense championship battles, but Hamilton prevailed to claim consecutive titles for the second time in his career in 2017 and 2018, joining Juan Manuel Fangio and Michael Schumacher as drivers with five or more World Championship titles.
Hometown
Stevenage, United Kingdom
Category
Formula One
Team
Mercedes AMG Petronas
https://www.lewishamilton.com/
I consent to the  collection and processing of my personal data.